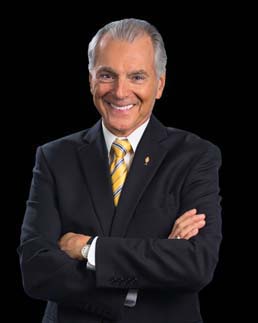 Jim Cathcart, CSP, CPAE is one of the top 5 most award-winning speakers in the world. His Top 1% TEDx video has over 2.5 million views, his 23 books are translated into multiple languages, including 3 International bestsellers. He is a Certified Virtual Presenter and past National President of the National Speakers Association. Jim’s PBS television programs, podcast appearances and radio shows have reached millions of Success Seekers and he is often retained to advise achievers and their companies.

Even his colleagues, some of the top speakers in the world, have hired Jim to speak at their own events. Jim is an Executive MBA Professor at California Lutheran University School of Management and serves as their first Entrepreneur in Residence. He has been inducted into the Sales & Marketing Hall of Fame in London for his pioneering work with his concept of “Relationship Selling.” He is also in the Professional Speakers Hall of Fame and has received The Cavett Award and The Golden Gavel Award.

Shoot Me a Text Message and receive my free e-book!

Are you ready to Go Pro?

Click my logo below and read about my Going Pro Mastermind Program!

Or click HERE to book a time to meet with me to discuss!

Click Button Below to Add to Your Phone Contacts!

Schedule time with me